Out near Port Angeles, Washington, the Elwha river winds through the Olympic peninsula. The river meets the ocean where the Lower Elwha Klallam Tribe has lived since time immemorial. More than 80% of the river exists within the Olympic National Park, one of my favorite parks in the country. For thousands of years, at least ten different species of salmon spawned in this river. They gave life and food to 130 species living up and down the waterway. In 1920, a white colonist built a dam across the river, shortening the spawning grounds from 45 miles to less than 5. In 1927, settlers built the Glines Canyon Dam 7 miles upstream from the Elwha Dam. Both dams provided hydroelectric power to the logging companies establishing in the area. The salmon populations on the river soon reproduced at 1% or less of their original levels. For a century, these dams brought calamity to the ecosystem around it.

Government officials tried to force the dams’ owner to build passages for the fish to pass, but he refused. He finally agreed to build a salmon hatchery, but after 7 years it failed. The documentary DamNation chronicles the activism to remove dams from around the country, including the ones on the Elwha. The Lower Elwha Klallam people fought to remove the dams even before the first dam broke ground. For all the attempts to limit the damage, only one remedy would restore the Elwha River to what it once was. In 2011, the Elwha Ecosystem Restoration Project demolished the Elwha dam and began to restore the natural area. In 2014, the Glines Canyon Dam also came down.

In my career, I’ve encountered issues that plagued teams for years with no resolution. Like an oyster that turns irritating grit into a pearl, people make workarounds as a way to solve the problem for now. These quick fixes are often meant to be temporary but often last much longer than that. They can also hide how damaging those problems really are. A system filled with workaround can breed loopholes and favoritism. If you know how to work around a problem system, fantastic. If you have the wealth, access, or time to find a workaround, you’ll likely get what you need. But if you don’t have those advantages, you’re out of luck. I seek true fairness in the system—all systems, for all people. And even if you’re a wizard of workarounds, they still take time. They’re still a hassle. So let’s get rid of them!

focus on the problem

This process works best when most everyone agrees that there’s a problem and a solution is out there. If that’s not the case, brainstorm and do some relationship building to figure those out. What about when people agree the current system sucks, but they’re unsure if people are ready for change? If they’re not sure how to go about making the solution a reality? That’s the best time to work on the problem. Here are a few questions I like to answer to get everyone on the same page about the work ahead.

What’s the simplest way to frame the issue? I recently participated in a group discussion about employee restrooms at my workplace. Every single restroom in our building has a gender assigned to it. Men go here, women go there. But you don’t need to use your gender when you go to the restroom. People who identify as cisgender hold enormous power in regulating gender and gender expression in many facets of public life, including restrooms. For people who are trans, nonbinary, or gender non-conforming, cis-centered regulations of gender can have a huge impact on their lives. Employers have at minimum an obligation to support their employees’ basic needs. Despite this, some employers are still reluctant to create restrooms that support all their employees.

Why does this issue matter? Why now? Read a few statistics from the 2015 US Transgender Survey.

The changes do not have to be drastic to be effective: describing restrooms by their function and not their gender is one option. Another is to create standalone restrooms accessible to people of all genders. Whatever the solution, we must apply it fairly and in a way that does not inconvenience some people to the benefit of the majority. Everyone deserves the ability to use a restroom when they need to. How could we deny our colleagues, coworkers, and friends access to such an essential space?

Often I’m brand new to an issue that people have struggled for years to overcome. Here are some other questions I use to get more information about the history of the problem. Has this issue come up before? What happened back then? Why did that effort fail? I often hear past efforts failed due to a lack of momentum. Maybe they lost a vocal employee or driver of the work. Sometimes we missed a key decision-maker at the moment we needed them. Or they were reluctant to move on an issue. Regardless of what came before, I ask the group to resolve that we will keep pushing until we solve the problem.

find the person who makes the decisions

Once we agree on the problem and resolve to solve it, what comes next? We have to go to the person who can change it. Sometimes it’s you as a manager, leader, or product owner. Sometimes it’s someone else above everyone’s heads. Finding out who can fix this can be like chasing a cat stuck in a bag. One person in charge points to someone else, who points to yet another person in charge, who points back to the first person. The 5 Whys is a tool people use to get at the root cause of a problem. Asking “why” looks for the cause of a problem. Asking “why” again looks for the cause of the cause, and so on. Eventually, enough “why”s will get to the root problem you need to solve. In the same way, ask, “who can fix this?” repeatedly until you have a list of names to persuade. What does the decision-maker need to do to approve the solution? Often you’ll find a logjam in the process that you can break. Sometimes, if you’re lucky, the person in charge had never heard this was a problem. They’ll join the drive to fix it, or even persuade the real decision-maker to do something about it.

Sometimes everything will be moving towards change and it still doesn’t happen. Or you get to the key decision-maker and they think the change is too drastic. Or they want a more incremental approach to the solution we all know we need. You can get so close to the solution and still have to settle for compromise: one all-gender restroom on every other floor. An agreement to add all-gender restrooms to new construction projects only. People may try selling this as a great compromise, but it doesn’t get us close enough to the justice we need.

This one is tricky enough that I hesitate to mention it as a way forward. While a compromise may one day lead to true progress, it is itself a workaround. Momentum can sputter and die for a lot of reasons. You could use up all your capital getting to a partial solution. There may no longer be appetite for a renewed push to the finish line. People in power may start with a compromise that can whittle down further to nothingness.

If you can, try to keep people focused on the grand goal. Hold onto that and get broad agreement for it. What can we complete this year? What can we complete next year? How can we build accountability into our existing system? Try thinking about solutions as components of a whole. Rather than achieving incremental progress on many goals, go for a full solution on one. Use that victory to push for more in a new or different part of the work.

Elk stroll where there used to be reservoirs. Bigger, fatter birds are bearing more young, and moving in to stay. A young forest grows where there was blowing sand in the former reservoir lakebeds. Seeds tumble down the river’s coursing current. The big pulse of sediment trapped behind the dams is passed; the river has regained its luminous teal green color, and its channel is stabilizing.

That same recovery can be possible for whatever you’re fighting. The Lower Elwha Klallam Tribe’s fight to remove the dams lasted longer than the dams existed. But there was no other option for them but removal. Your work might not have such a singular solution. But you can work to improve things nonetheless. 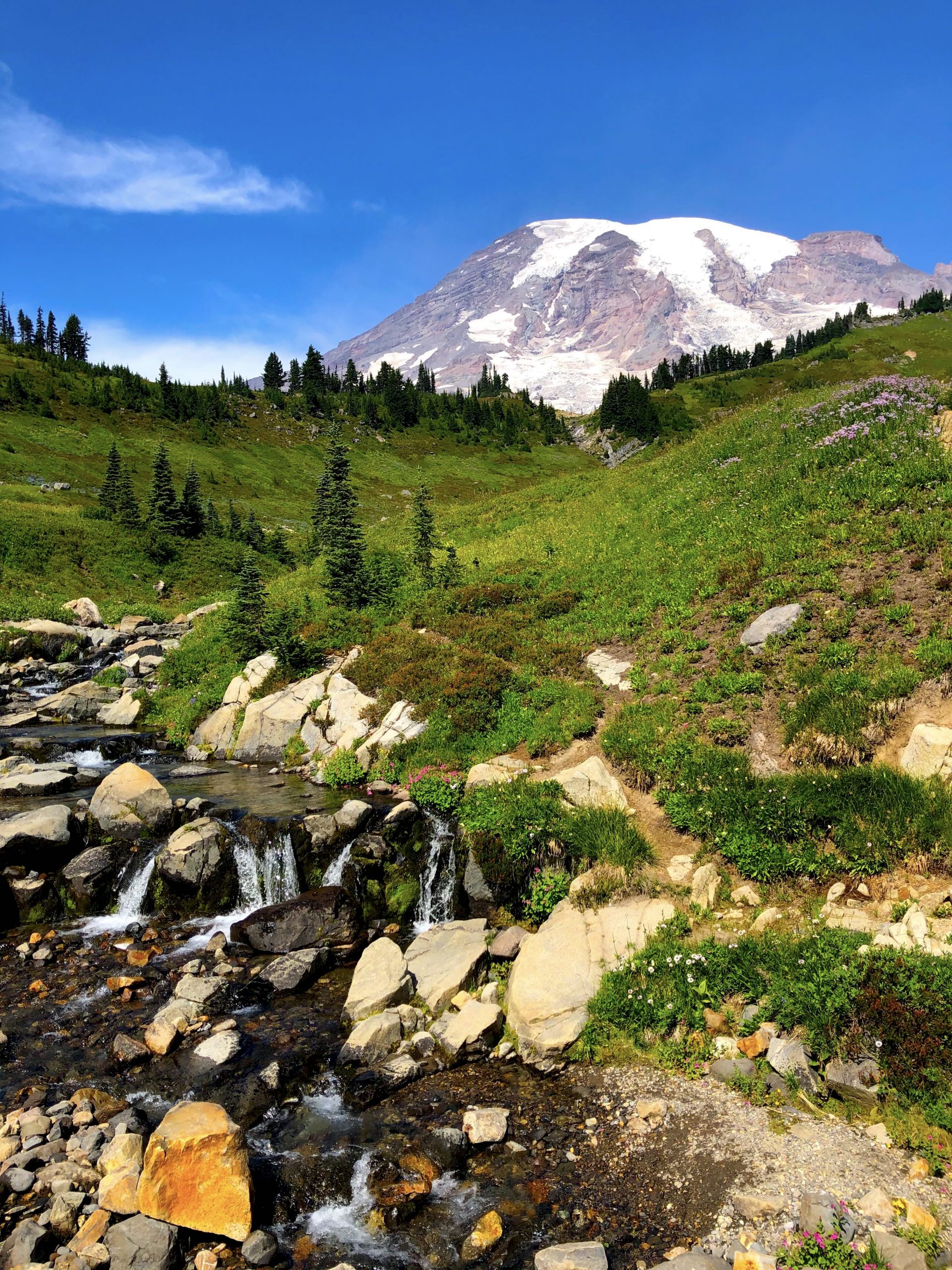 when the work is interesting

the R in SARS

This website uses cookies to improve your experience while you navigate through the website. Out of these, the cookies that are categorized as necessary are stored on your browser as they are essential for the working of basic functionalities of the website. We also use third-party cookies that help us analyze and understand how you use this website. These cookies will be stored in your browser only with your consent. You also have the option to opt-out of these cookies. But opting out of some of these cookies may affect your browsing experience.
Necessary Always Enabled
Necessary cookies are absolutely essential for the website to function properly. These cookies ensure basic functionalities and security features of the website, anonymously.
Functional
Functional cookies help to perform certain functionalities like sharing the content of the website on social media platforms, collect feedbacks, and other third-party features.
Performance
Performance cookies are used to understand and analyze the key performance indexes of the website which helps in delivering a better user experience for the visitors.
Analytics
Analytical cookies are used to understand how visitors interact with the website. These cookies help provide information on metrics the number of visitors, bounce rate, traffic source, etc.
Advertisement
Advertisement cookies are used to provide visitors with relevant ads and marketing campaigns. These cookies track visitors across websites and collect information to provide customized ads.
Others
Other uncategorized cookies are those that are being analyzed and have not been classified into a category as yet.
SAVE & ACCEPT
Accessibility by WAH