I recently read an article from Food & Wine magazine. In their January issue, they printed a recipe from two chefs working in Mexico. Norma Listman and Saqib Keval shared their recipe for mole verde. This mole, also known also as pipián, uses ground pepita seeds as its base. It’s considered one of the mother sauces of Mexico. The food stylists and photographers prepared the recipe as instructed. They then added hot sauce and lime wedges to the food to add visual contrast to the photo. These embellishments were not in the original dish. Adding a “Tex-Mex” spin changed the dish’s significance and the creators’ original intent.

The chefs contacted the magazine, who apologized. They re-shot the photo for the online edition. The magazine also added an editors note to the recipe explaining their mistake. In the post-event interview, the editors shared that they learned a lesson and made a commitment to change.

Specifically, they recommitted to “the four Cs” when publishing recipes of cultural importance: Collaboration, Consent, Credit, Context. We can apply this framework to community-centered storytelling.

I view this as equal partnership in the creation, development, and execution of an idea. What if a non-profit co-created their fundraising campaigns with the people it featured? What would that look like? Many white supremacy powerholders fear that collaboration means a loss of their power. It does! That’s the only way we can begin to reverse the years of inequality that exist in our world. But the loss of relative power does not fully diminish their power.

A non-profit in white supremacy features people’s stories to activate donor’s emotions. These stories are sad, hopeful, optimistic. They often paint too simplistic a picture for how that person might live. What would happen if that person was there, in the room? If they had a say in how we portrayed them? It might look or feel like nothing we’ve ever done. It might not even be as successful as the save the children-style ads we’re used to. But it wouldn’t throw more exploitation on a person already exploited by the society we built.

Consent here might mean explicit approval for the use of a person’s story. That person, after all, is the creative owner of their story. They should be able to consent to how it’s told. Through this approach, the subject of our stories would get the final say in our campaign.

This doesn’t mean you don’t get to propose ideas. You are still part of the creative process. You can still propose goals and set intentions for the work. You’d still bring your own expertise about the ways to frame images or tell stories. But they’ll have the explicit power to reject your decisions or refuse to take part. You’ll commit to operating with the approach of a partner, not a parent. You’ll avoid the cruel paternalism and white saviorism present in most campaigns.

Consider the deep involvement your subjects will have in the creation of their story. It’s obvious they would deserve credit as a co-creator. I’ll spell this part out: this also means financial credit! Their involvement should earn more than an appearance fee or other token payment. What if your agreement included profit-sharing for their stories? It’s their face on buses for the next six months. You’re earning money that entire time. Why should they not receive a cut of the revenue you get for it?

What if we thought of our community members as consultants or subject matter experts? They deserve to earn some part of the money we raise to help their community. The end goal is to turn our organizations over to those communities. Why not provide tangible financial support to someone who could use it? Credit continues the empowerment we’ve built in earlier steps.

Context adds complexity. It offers explanations and details. In many campaigns, a person’s life reduces like wine and becomes money. Their stories are simple or vague so the audience can fill in details with their own assumptions. The assumptions that people build from the stories they’ve heard elsewhere. TV shows they watch. “True” stories about oppression that they hear from racist white relatives. We let people tell themselves these stories because we profit off their ignorance.

Chef Keval notes the power dynamics present in a dish served outside of its cultural context. Donors, too, are not privy to the lives of the people their funding aims to benefit. They are free to fill in those gaps with their own bias. They are free to assume that something one person said must be true for everyone. The antidote to this is to show your audience many stories, all complex, all with value.

Adding details and context to your story doesn’t subtract its value. It adds realism. It adds empathy. It personalizes a story because that story happened to a real person. An honest story, with context, humanizes the person telling it. It tells us not to look away. It tells us there are things we don’t know. People we don’t know, at least not yet.

Conclusion (not the fifth C)

I hope this framework helps create true partnerships among storytellers. The story of this recipe in Food & Wine could have gone a different way. For centuries, it has. Cultures of capitalism-fueled white colonialism stole what they wanted and discarded the rest. Food & Wine staff did work to undo the trouble they caused, but they can’t erase it completely. Their gift of learning came, as it always does, at the expense of two chefs of color. The print version of this magazine forever memorializes a recipe that isn’t exactly theirs.

Without a doubt, this lesson and the magazine’s humility should be the norm, not the exception. We can’t forget that the ability to make amends is no substitute for doing things right the first time. 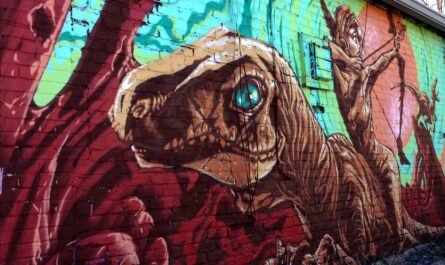 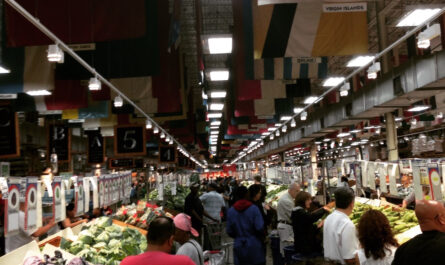